Are there different types of PTSD? 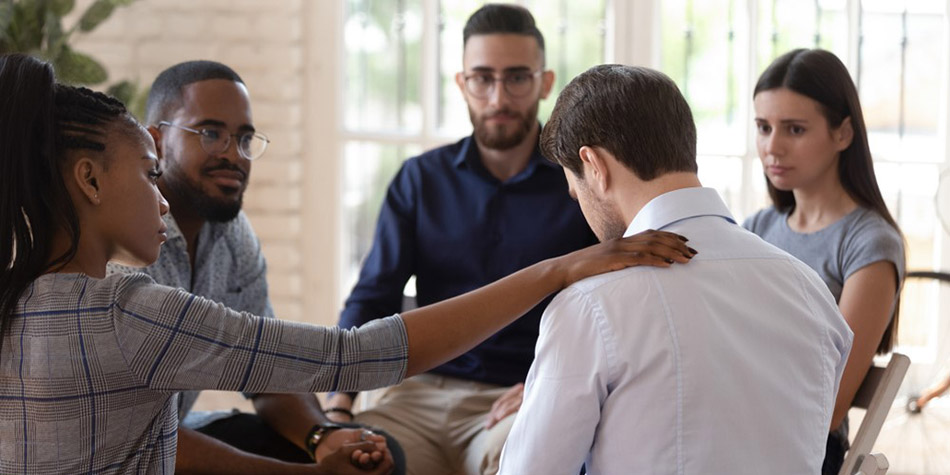 PTSD is characterized by its symptoms, including avoidance behaviors and negative changes in mood.

What is post-traumatic stress disorder (PTSD)? According to Dr. Frank Drummond, national medical director for behavioral health at HCA Healthcare, post-traumatic stress disorder is defined by its symptoms. However, those symptoms can vary from person to person. That's why even though there are not actually different types of PTSD, the condition may look different for each person. Dr. Drummond also notes that different events can trigger PTSD, especially situations of acute and immediate danger and ongoing situations that threaten a person's well-being. "Everyone experiences stress or trauma at some point," he says. Likewise, it's common to experience one or more of the symptoms associated with PTSD — but that doesn't mean everyone gets the condition."It becomes post-traumatic stress disorder when you develop symptoms that get in the way of your daily functioning and interfere with your feeling of well-being," Dr. Drummond explains.

What are the symptoms of PTSD?

PTSD affects about 6% of people in the U.S. Symptoms associated with PTSD include:

People with PTSD may experience any combination of these effects, Dr. Drummond explains: "PTSD can look like any of these symptoms, which also occur in people who do not have PTSD. Some people only experience nightmares, others only the increased startle reflex or mood reactivity or anxiety."

Any type of trauma or event that someone experiences as life-threatening can lead to PTSD. Repeated exposure to traumatic events puts some people at higher risk for PTSD. People who serve or have served in the military or as first responders — such as police, firefighters and emergency medical technicians — are most at risk because of their repeated exposure to traumatic events. However, anyone can experience symptoms of PTSD in response to child abuse, sexual trauma or other incidents.

How can PTSD be prevented?

Some people respond to stress with irritability or increased crying spells. Those responses don't necessarily indicate PTSD, but ordinary stress responses that can help relieve pressure. In fact, understanding your stress response can help you manage your stress more effectively and contribute to preventing PTSD, Dr. Drummond says.

People who have a history of depression or anxiety are more likely to develop PTSD in response to a traumatic event. "Some of that has to do with body chemistry and the way that your body manages stress," he says. "Two people can have identical experiences and have a very different response emotionally." Some of that is unpredictable, he adds. "Other people may have been through the same thing as you and are doing fine, but you should not feel guilty or less than if you develop symptoms of PTSD."

If you have experienced a traumatic event or a series of events, seeking support sooner rather than later can help prevent PTSD. "If you are experiencing a stressful life event, it's important to reach out and get help. If you can engage in therapy or process this difficult event, you can actually prevent PTSD from developing," Dr. Drummond explains.

PTSD treatment is not "one-size-fits-all"

If you develop PTSD, it's not a sign of weakness or something to be ashamed of, Dr. Drummond says. But it is a reason to seek out effective treatment.

"You may feel you are in a constant loop of negativity or feeling that something bad is going to happen," he says. If symptoms make it difficult to go to work or engage with people, check in with your primary care doctor or make an appointment with a therapist or psychiatrist. If you have an Employee Assistance Program at your job, that's often an excellent place to seek help. The Veterans Administration has extensive resources for active military members and veterans concerned about PTSD. Anyone experiencing suicidal thoughts or thoughts of harming themselves or someone else, should go immediately to the emergency room or call 911 or the National Suicide Prevention Hotline.

Medication can act as one part of a larger plan to address symptoms, such as the ones associated with anxiety. Treatment for PTSD usually involves psychotherapy, medication or a combination of both. A special type of eye movement therapy called Eye Movement Desensitization and Reprocessing may also help relieve PTSD symptoms. "Those who have experienced physical or sexual trauma many times are better helped by psychotherapy to help them understand and unpack their own emotional response," Dr. Drummond says. In some cases, group therapy may be more effective than individual therapy.

"When I think of different types of PTSD, I think of the different ways that individuals might respond to treatment," Dr. Drummond says. "Treatment is not one-size-fits-all." The important message, Dr. Drummond emphasizes, is that PTSD is both preventable and treatable.

"There is help available," he says. Find more information about mental health resources from our larger health network, HCA Healthcare.

What are the early signs of osteoporosis?

June 6, 2022 by Tayla Holman
What are the Early Signs of Osteoporosis? Osteoporosis can be serious, especially as it puts older adults at risk for breaking bones.
Previous Post
Rapides Regional Medical Center

Is arthritis preventable? Tips for keeping your...

May 2, 2022 by Emily Paulsen
Is arthritis preventable? Tips for maintaining healthy joints: As we age, many people begin to experience arthritis in their joints.
Next Post
Back to blog home

Using an air purifier for allergies, asthma and other health concerns

Is arthritis preventable? Tips for keeping your joints healthy

Colorectal Cancer Awareness Month: When should you start screening?

Why you should consider becoming a national organ donor

Eating disorder awareness: Working toward a healthier relationship with food and exercise