When the NICU opened, it was licensed for 19 beds and had a staff of 35, including five neonatal nurse practitioners. Robert Schroeder, M.D., neonatologist, served as the NICU’s first full-time medical director and Terea McCarthy, RN, was the first NICU Manager.

“In 2002, we were sending lots of babies to other hospitals, and it was always understood that we’d rather be able to keep babies here where they were born,” McCarthy said. “We had an entire fourth floor at RWCH available for expansion, so we had the space, but we didn’t know how to take care of NICU babies. There was a lot of learning involved.”

Besides finding out what types of equipment and supplies would be needed, the staff also had to write policies and procedures, and train staff.

“At first, we didn’t keep the really tiny micro preemies,” McCarthy said. “It was a process. It wasn’t just that we had to train nurses. We had to train all the ancillary staff as well, that meant speech, PT, respiratory, it really impacted every department.”

Once all the processes were in place, it was time to pick an opening date. McCarthy chose April 15, “It was as good a day as any, and it was a date that everyone would find easy to remember.”

The first babies born in the RWCH NICU were twins.

“There were lots of picture taken of them and we kept up with the twins for several years,” McCarthy said. “We had some interesting times for sure. We had several employees who had babies in the NICU over the years. And some of the first NICU employees are still there.”

When the NICU first opened, premature babies were considered viable – or having a good chance of survival at 27 or 28 weeks.

“The age of viability has been pushed farther back” said Julie Fontenot, RNC-OB, CPPS, Rapides Women’s and Children’s Hospital administrative director. “The use of surfactant for lung maturation has made a big difference.” (Surfactant is a mixture of fat and protein in the lungs that aids in lung function. If a baby is born too early, the body doesn’t have enough surfactant, so modified natural surfactant is administered via breathing tube.)

Premature babies are now viable at 24 weeks, and sometimes younger.

“There were miracles back then (2002), but with the invention of equipment and drugs, we can help babies born earlier and earlier,” McCarthy said.

“During nursing clinicals, I enjoyed every department. But I didn’t know my true calling would be when I did my NICU rotation at Rapides,” Alletag said. “The fragile nature of the patients required such specialized care, and the connections we created with families, connections that last long after the babies leave the NICU, that’s what is so rewarding.”

Shannon and Jason Smith of Deville still keep in touch with NICU employees who took care of their children, Jacee and Grant. Jacee is 18 and Grant is 11.

“Jacee spent one week in the NICU,” Shannon said. “That was unexpected. But then when I was pregnant with Grant, we knew he would be born early and would go to the NICU.”

The issue was Rh Factor. Shannon was making antibodies that attacked Grant’s blood cells. This occurs when mom and baby have differing proteins in the blood and baby’s blood mixes with mom’s – as had happened during Shannon’s first pregnancy.

“Grant had several blood transfusions while he was in the womb starting at 22 weeks,” Shannon said. “Then, he had fluid around his heart. I wasn’t nervous about Grant going to the NICU at all because I knew how good they had treated Jacee.

“We were in the NICU so much longer with Grant, so all the nurses felt like family. They would take pictures of Grant for us. They treated Grant like he was theirs. Anytime there was a ‘first,’ they would call us and include us. They didn’t have to do that, but they did.

Grant spent 72 days in the NICU.

“We were scared to death when we brought him home,” Shannon said. “We didn’t know what the future held. It wasn’t until 6 months later that we started to feel OK.”

Now that both of her children are older, and those NICU days are far behind, Shannon is able to look back on the experience and offer words of encouragement to other families with babies in the NICU.

“I always ask people, if they know they are going to have a baby in the NICU, or if they end up there unexpectedly, I ask if they are at Rapides. Because I know I can tell them that Rapides is going to take amazing care of the whole family.” 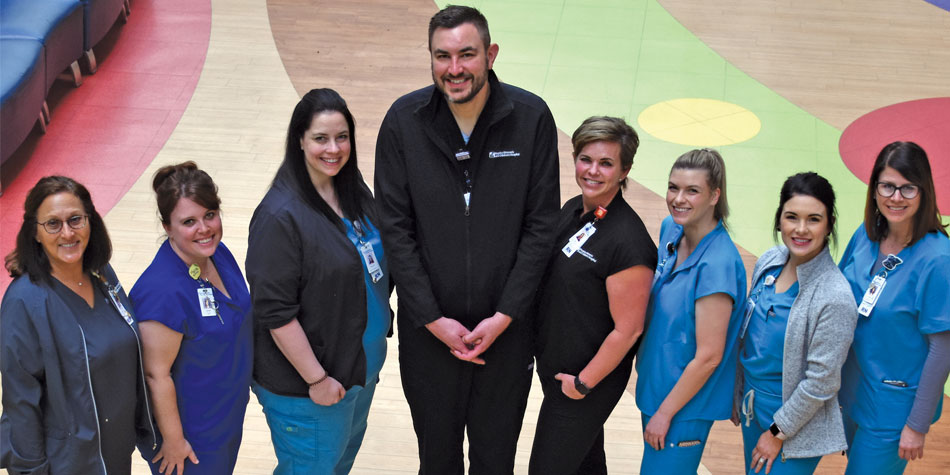 About Rapides Regional Medical Center
Rapides Regional Medical Center is a 380-bed acute care hospital located in Alexandria, La., providing healthcare on a higher level for families in approximately 16 central Louisiana parishes. Our mission is to provide high quality, efficient and compassionate health care services for our patients and community through the efforts of our employees, physicians and volunteers.